June is always an important month for any business including blogging. We can analyze the half year performance and work harder and smarter on rest of the 6 months to achieve our full year goal.

Last time I published my income report back in September 2012 which was $ 2113.26. It’s almost two years passed and the growth of the income is not that great. I wish it would have increased atleast double in two years, but that is not the story here. My total blog income of June 2014 is $ 2894.

There are so many reasons why the income is still floating around 2500$. Anyhow I’m making necessary steps to push it to 5000$ by end of this year.

Here is the Breakdown of June 2014 Blog Income Report

It performed much better than expectation. Earlier vibrant media used show in-text ads mainly in US and Europe countries, but nowadays I could see their ads even in middle east countries that means they are targeting globally now. That is a great advantage for publishers since their CPC is much better than any other in-text ad providers. 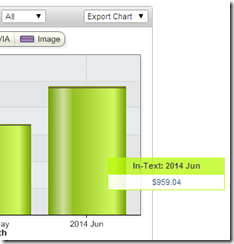 Other ad networks provided very small portion of income. Buysellads and Amazon associate contributed little and managed to give me 160$ in June 2014.

How about your blog income for June 2014? Feel free to share your comments.